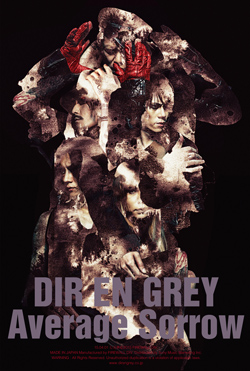 A video clip compilation that will shock your senses!

DIR EN GREY, who carries the theme of PAIN since their formation just recently released their 9th album “ARCHE”. The same DIR EN GREY will be releasing a compilation of their latest music clips co-produced with genius directors all packed into “Average Sorrow” to be released on April 1st, 2015!

“Average Sorrow” will include 9 videos made available after their last Music Clip Compilation “AVERAGE BLASPHEMY” including the lyric video of ‘Kuukoku no Kyouon,’ the video for ‘Uroko’ a track from their latest album “ARCHE” and making of clips. “Average Sorrow” will invite viewers to ponder on the messages behind the extreme but very present social diseases that everyone would rather turn their back on.

BACK TO DISCOGRAPHY TOP