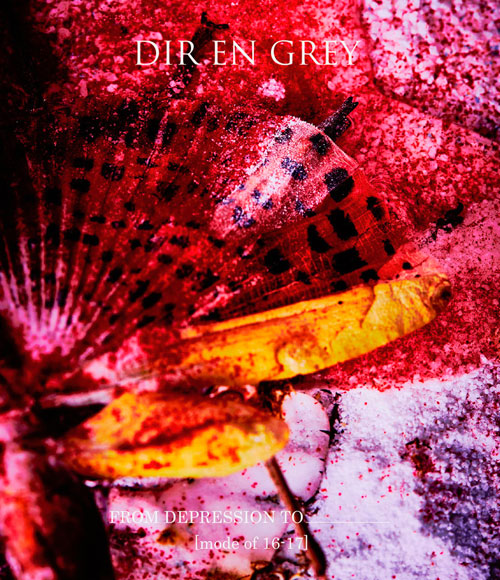 The theme DIR EN GREY have been focused on since the beginning of their career is the “pain”, being the center also of the 10 original albums the band has released up until now. From June 2016 to October 2017 the band has been touring Japan for 7 past album revival nationwide tours: the band has just unveiled the artwork for the live movie compilation from those tours titled 『FROM DEPRESSION TO ________ [mode of 16-17]』to be released on August 7th, 2019.

Also, it has just been announced that along with the songs selected from the Fan Club only series of 7 Blu-ray and DVD , this compilation will feature also an additional song, 「鬼眼-kigan-」 from the TOUR16-17 FROM DEPRESSION TO ________ [mode of 鬼葬-Kisou-] and a bonus movie from the “TOUR14 PSYCHONNECT -mode of “GAUZE”?-“. A total of 20 songs making of this product a best-alike compilation, bringing featuring the hits from the 1st ALBUM『GAUZE』 to 8th ALBUM『DUM SPIRO SPERO』.